On 25th of January 1945, Paul Werner Hoppe, the commandant of the Stutthof concentration camp, ordered the beginning of the evacuation of the camp. The evacuation route lead through Mikoszewo, Cedry Wielkie, Pruszcz Gdański, Straszyn, Łapino, Kolbudy, Niestępowo, Żukowo, Przodkowo, Pomieczyno, Luzino, Godętowo to Lębork. The march was anticipated to take 7 days. In the evacuation order, the SS men were clearly ordered to “suppress any intent of escape or preparation of a revolt with firearms”. The people who were to be evacuated formed marching columns. In total, over 11 000 persons begun to walk the tragic death march, that is almost a half of the 23 984 prisoners that were present in the camp that day. At the same time the evacuation of all the subcamps took place. The prisoners were given some blankets and camp clothing, as well as provisions of about 500g of bread and about 120g of margarine or processed cheese. Most of the starving prisoners immediately ate all the food and continued the march without anything to eat.

Every day, the columns of prisoners walked over 20km, wading in deep snow in the temperature of -20°C. Even the prisoners who went out of the camp in a relatively good shape were not able to face the difficulties of the march. The evacuated German civilians and the retreating Wehrmacht units occupied most of the previously outlined routes. Therefore some commanders changed the routes and lead the columns along side roads, which were much more difficult to pass. Frequently they marched during the night. The stopping places were chosen randomly. There were no prepared places to sleep or eat. During the first 3 days of the match the prisoners were not given any meal. They stayed overnight in barns, big cowsheds and other farming facilities, as well as in churches in Żuków, Przodków, Pomieczyno and Łebno. They were forbidden to have any contact with the local population. The most difficult period for the prisoners started on the 3rd or 4th day when the weather has broken, it was freezing, snowing heavily and strong wind was blowing. The marching people didn’t have more strength. More and more people were walking slowly in the end of the column. The ones that fell on the snow and could not keep up with the rest were shot.

Since the beginning the guidelines of the evacuation plan were not realized. There were no places in which the evacuation camps could have been organized. Wehrmacht occupied those which were planned beforehand. Also the lack of food was unbearable. In the end, all the labour service camps (RAD - Reichsarbeitsdienst) in the Lębork district were turned into evacuation camps. Those camps were located in: Gęś, Krępa Kaszubska, Tawęcino, Rybno, Nawcz, Łówcz, Gniewino and Toliszczek.

Not even the most primitive conditions were provided for the prisoners in the camps. Usually they consisted of several wooden huts and an outbuilding. There was no furnishings inside the huts. There was no water. What is more, the camps did not have any sanitary facilities. They were simply summer camps designed for 100-200 persons but at that time from 500 to 2000 people were crammed in each one of them. They were so crowded that the prisoners didn’t even have the chance to lie down on the floor. At first, some of them camped out in the open air. Everything was filthy, lice spread among the prisoners. No food supplies were brought to the camps. The commandants cared only about the provisions for their men. The prisoners were given the leftovers. In the second half of February, the prisoners were transferred to the disposal of Wehrmacht to construct fortifications. They suffered another anguish – hard work. Thousands of prisoners were kept in those during over 5 weeks.
In early March the Soviet army began the operation aimed at liberating Gdynia and Gdańsk. The German authorities, who did not want to allow the liberation of the prisoners, ordered their re-evacuation, however only 50-60% of the prisoners were able to march. The others were very ill and dying. They were left in the camps, while the rest began the march. They headed to Puck or Gdynia, from where they were supposed to be transported on ships to Germany. Thanks to the fast offensive of the Soviet army this plan has not been realized. The prisoners who survived were liberated by the Red Army.

The outcome of the evacuation of Stutthof and its subcamps is tragic. It is estimated that in all the evacuations carried out since 25th of January 1945 (including the evacuation by sea) died, according to various estimations, from 20 000 to 25 000 prisoners. For many of them the liberation did not mean rescue because they kept dying from diseases and exhaustion. Certainly, there would have been more victims if it hasn’t been for the sacrifice of the population of Kaszuby region, who did their best to help the prisoners. Despite the prohibition and the threat of losing their life, they provided the prisoners with food and clothes. They also helped to organize escapes and were hiding the escapees.

In Kaszuby the Death March is very well remembered up to now. There are many places of commemoration, cemeteries and halls of memory along the evacuation route. Often they are still looked after by the people who were direct witnesses or participants of those events. Nowadays, their children and grandchildren take over this role.
ws
Source: Janina Grabowska-Chałka, „Stutthof - hitlerowski obóz koncentracyjny”. 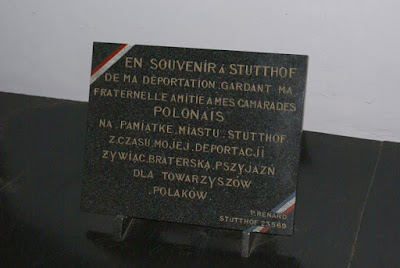 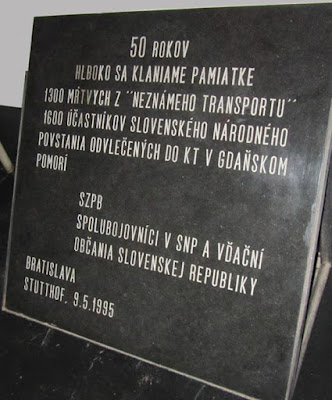 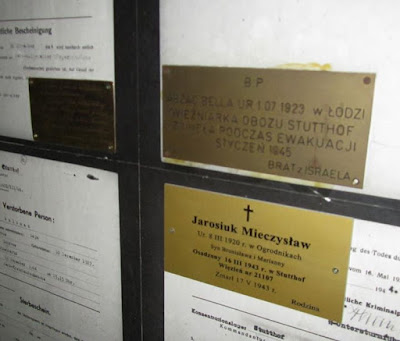 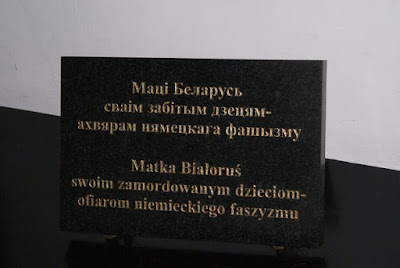 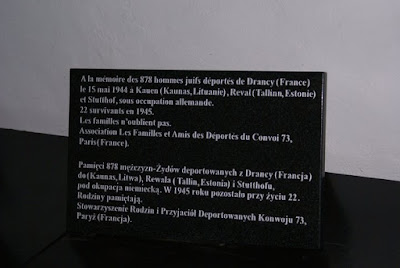 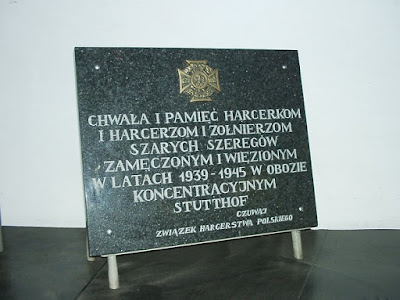 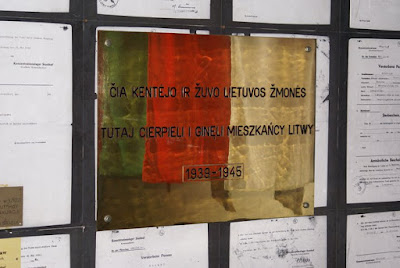 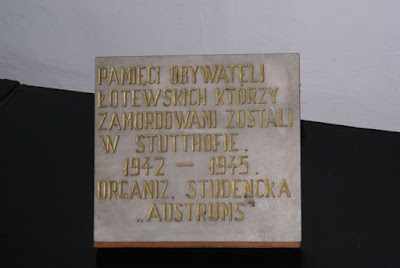 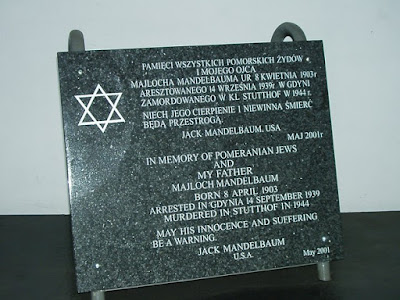